The beginning of men’s shoes

Shoes have always played a fundamental role in history. They were invented to protect our feet and allow our ancestors to travel for long journeys without damaging the soul of their feet by getting scratched or stepping on something dangerous.

The history of footwear: from prehistory to today

Later in history, shoes acquired a greater importance and more relevance. The main difference we can observe is between high and low heels shoes. Still today, it is hard to say with certainty when exactly shoes made their first appearance. Probably in prehistoric times when men used leather or wood to build their first types of footwear. 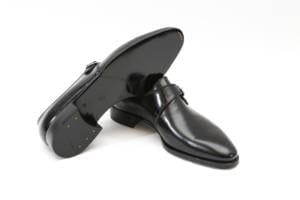 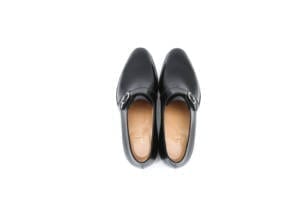 The very first type of shoes we have proof of are sandals. Only later was leather introduced, only when its production increased and became more “manual”.

Thanks to many paintings and frescos, we can learn about the type of shoes that ancient civilizations like the Greeks, the Egyptians and the Romans used to wear. Sandals were the most common and widespread, but we have evidence of some people wearing high heeled shoes too. It is interesting to observe that during Roman times, only prostitutes used to wear high heels shoes, only much later they were introduced as an elegant type of footwear that became common even amongst men especially from the 17th century on, when Louis XIV started to wear them. In several paintings he is often portrayed with his high heels.

Heels, sandals and sneakers: how footwear changed over time

Apart from the material used to produce footwear, we can see that especially at the beginning, shoes were never designed to be beautiful. The principle which they were based on was convenience: protect the feet and nothing else.

Only later when nobility started to dictate some tendencies about fashion amongst empires and monarchies, shoe makers were commissioned to realize a type of footwear to amaze instead of just a simple tool to protect the feet.

The classic men’s footwear was established only during the 20th century. We can find some different models from the 19th century, but they were quite minimal in their style and not as widespread as it became later. On our site, you will find different models of men’s shoes, from the classic sneakers to the sandals.

The production process of our shoes allows us to create new models; we look to innovate every year while taking a look at the past as an inspiration to create timeless shoes.

All the different models we offer have been under production for months, so that each pair of shoes is more elegant, detailed and robust.